The Atlantic Sailfish is one of the most iconic and sought after game fish in the offshore waters of the Southeast Coast of Florida and the Florida Keys. Sailfish are highly prized for their blistering runs, acrobatic jumps and for their great fighting abilities. Sailfish are the most commonly encountered Billfish in Florida and during peak season, a great day can produce 20 or more being caught and released in a single day.

Sail fishing can be one of the most exciting fishing experiences available during a Florida fishing charter. Sailfish are caught year round but the best time of year or prime season are the months of November through January and yet again in mid-March through mid-May February sometimes can be hit or miss, The reason is the spring and fall migration. A good time to fish for Sailfish is just after a cold front when the winds blow out of the north or northeast. Techniques for catching a Sailfish normally look for a strong current edge from tides in 70 to 180 feet of water while suspending live baits under a kite rig. Trolling the whole Ballyhoo or strips of Bonita with colored skirts on the surface or on planers will work also.

We also fly fish for Sailfish here in South Florida. It is very challenging and sometimes frustrating however very rewarding, we use 12 weight fly rods nothing larger since these Sailfish average 60 pounds. 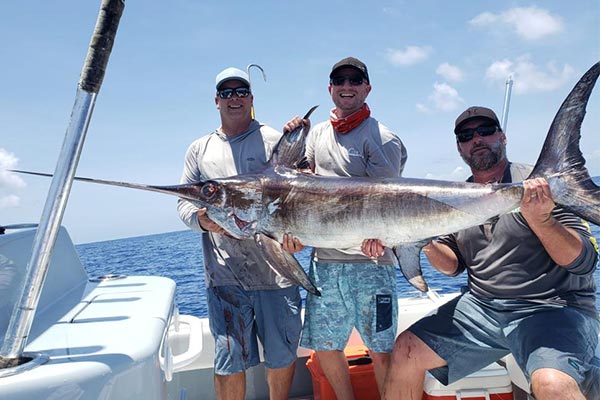